When Dave lost his sight in 2019 at the age of 77, it would have been easy for him to “give up”. After living an active and extremely independent life, he no longer had the luxury of doing so many things that most of us take for granted. However, Dave was not going to let the fact that he did not have that independence deter him from continuing to live a high quality of life.

Dave fell in love with woodworking at the age of 4. He told me that he was enamoured with sawdust. He remembers his older brother holding a piece of wood for him so that he could saw it. From that point on, he was hooked. His uncle also played a big part in his woodworking journey. Dave said that his uncle could take a piece of birch and turn it into something beautiful. He taught him how to make things square. He was asked in school to build different things. One year his teacher asked him to build the manger for the Christmas Pageant.

As a teenager and young adult, Dave was always looking for new ways to improve their way of life. One winter he decided to build a plow that he could pull behind him to clear the walkways around his house. When their house got power in 1958, he helped his dad cut a hole in the ceiling for the wiring and build a closet to surround the power box. He helped his brother build new wooden decks for the threshing machine and he was also an important part of fencing when the time came. If there was something that Dave needed, instead of purchasing it, he would build it. When he realized that a bench saw would help make his woodworking easier, he ordered the blade from Eaton’s catalogue and built his own.

Dave and his wife married in 1969 and purchased an old house for $250! It cost another $250 to move it to where he needed. From there, he and his wife fixed up the ‘old house’ and turned it into their family home. They spent 49 wonderful years living there. This house is still standing today, and his great niece now resides there. With the help of his son and wife, Dave spent 3 years building a turned log cabin at their lake!

2019 was a year that Dave could have done without. After a long battle with her health, his wife passed away early in the year and then in April he suddenly lost his sight. He said the hardest part about losing his sight was having to give up his independent life. This included his truck, boat, and his beloved cat. Knowing they needed some extra support, Dave and his daughter decided moving to Dr. Hemstock Residence would be the next step. Only a few weeks after losing his sight, he became a resident here.

Dave’s determination to regain some of his independence is remarkable. He had to learn to live again. Little tricks had to be learned like tying a rope between his bedroom and bathroom so that he could find his way or setting up his phone so that he could use his voice to call those he loved. With the help of some amazing friends at Dr. Hemstock, he was able to learn how to get down to the dining room without the support of a care aid. He slowly but surely regained back some of the freedom that he once had.

For Dave, that was not enough. He needed to find something that gave his purpose back. It started small. He decided he would edge the side of his table. He phoned Windsor Plywood in Lloydminster and got them to cut the pieces he needed. He figured out that from memory, even in the dark, he could still use a hammer and nail. Dave then decided that if he had the right tools, he could create bird houses. He had the idea to stack the wood. He had a friend cut a piece of wood for him that he used as a guide. He has a small ‘shop’ set up in his room and from memory, he has been able to create small bird houses! He has plans to one day sell them and donate funds to CNIB. Dave says he feels as if he has purpose again and he is sure inspiring the rest of us! 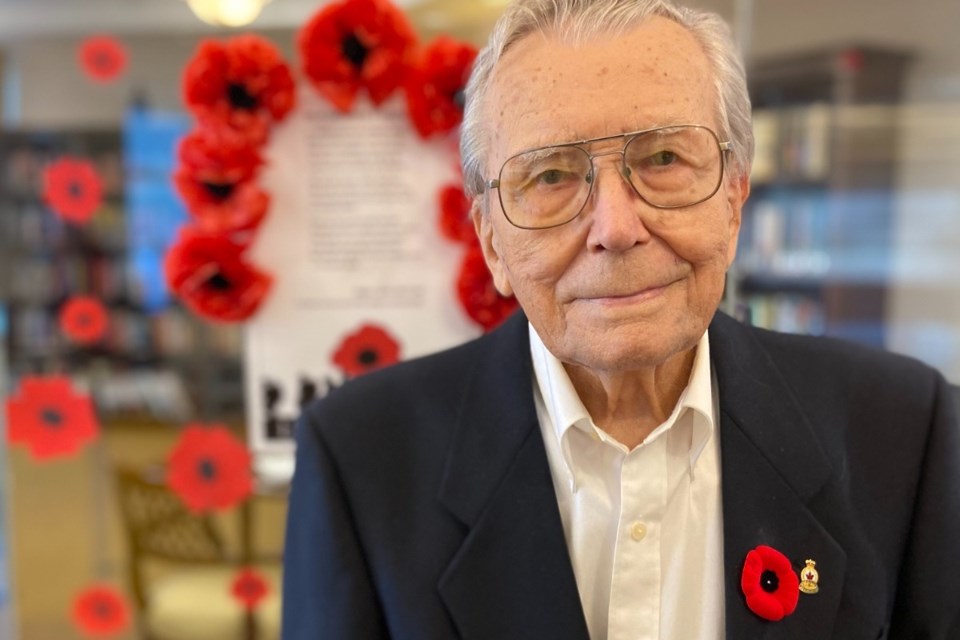 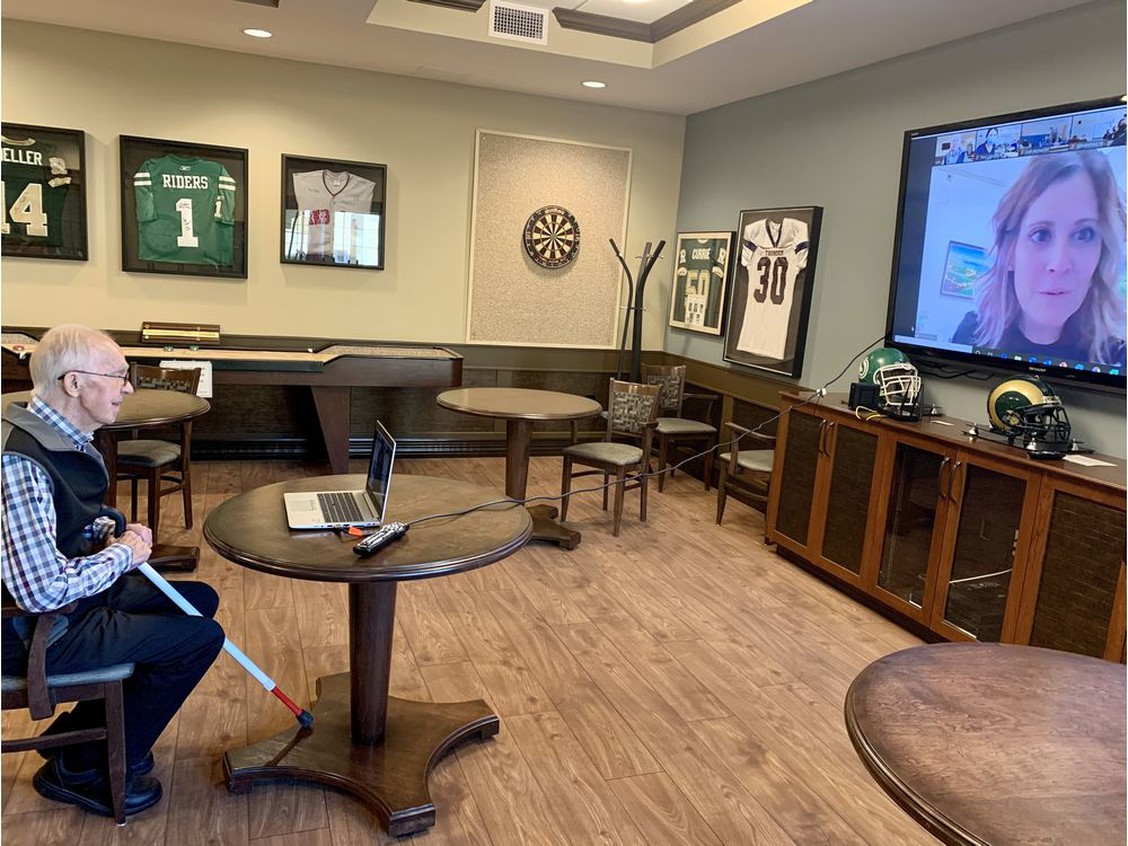